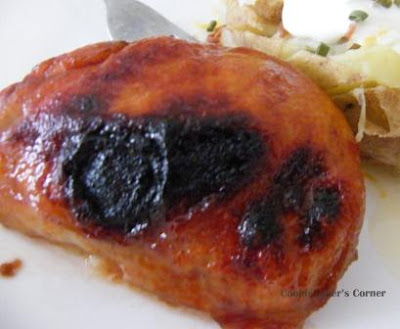 I’ve been getting a lot of use out of my slow cooker this summer. It allowed me to prepare delicious meals without having to turn on the oven and heat up the house….the electric bill was high enough with trying to keep the house cool without adding additional heat to it. I also liked that I could put something in the slow cooker and leave the house for a few hours to run some errands and know that when I got home, dinner would be ready, or at least ready with just a little extra effort on my part. We didn’t have to pick up fast food or stop in to eat at a restaurant….so it saved us money on eating out/take out as well.

I’ve been cooking roasts, green beans, pulled pork and barbequed chicken….actually I’ve been using it to cook a lot of chicken. Michael and I like chicken….we really like chicken. We really are a little weird that way. If someone would ask us if we would rather have steak or chicken, we would choose chicken most of the time. That’s how much we like it. Anyway, over the summer I came across this recipe for Slow Cooked Sticky Chicken, actually saw it on FaceBook and think it was a review of an America’s Test Kitchen recipe. Since trying this recipe for the first time, I think I’ve made it about every other week since….it has become one of our favorites.

1. Combine 1/4 cup sugar,  2 tablespoon soy sauce , ginger, garlic, and cayenne pepper. Add chicken and toss to coat.
2. Place in a slow cooker and cook on low for about 4 hours or until done.
3. When done place chicken in a broiler proof dish.
4. Combine remaining 1/2 cup sugar, water, and tomato paste, and remaining soy sauce. Brush on chicken and cook under the broiler for about 5 minutes or until chicken is slightly crisp. But keep in eye on this while it is cooking under the broiler, things can cook quickly when broiling. (You may be tempted to skip the broiling, but it really does help give this a nice sticky and good texture.

Tips
I like to broil the chicken a little while before brushing on the sauce and then I put it under the broiler again. I feel like the skin of the chicken gets a little more crispy that way. 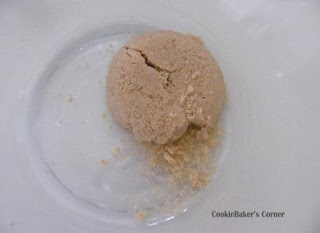 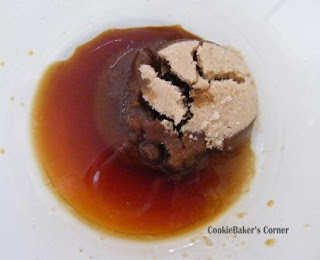 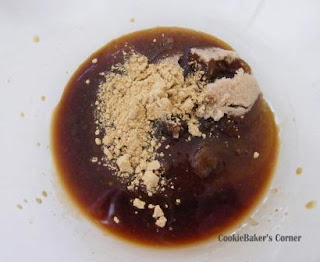 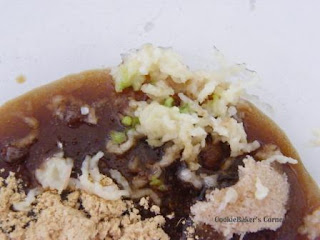 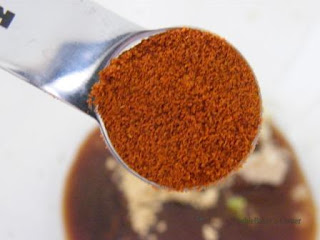 Don't be afraid of the cayenne pepper, it adds very little heat to this dish. Michael and I don't like a lot of heat in our food and we eat this with no problem. If you like heat, you can always add more. 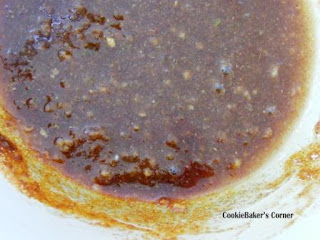 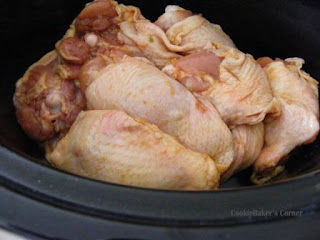 Place in slow cooker and cook on low for 4 hours or until done. My slow cooker cooks faster than some so is usually done in about 3 hours. 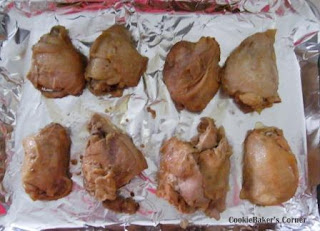 When done place chicken in a broiler proof dish. I usually use a baking sheet covered with aluminum foil. 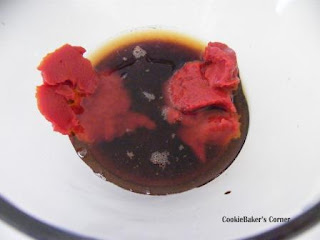 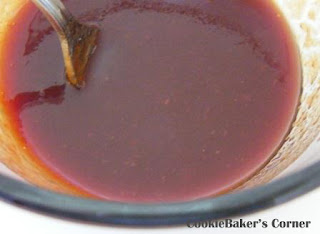 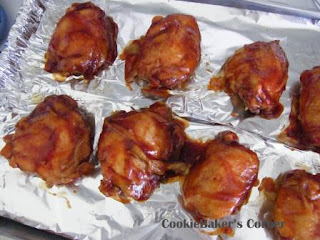 Brush on chicken and cook under the broiler for about 5 minutes or until chicken is slightly crisp. But keep in eye on this while it is cooking under the broiler, things can cook quickly when broiling. 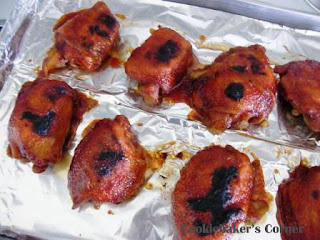 Just looking at this makes my mouth water. 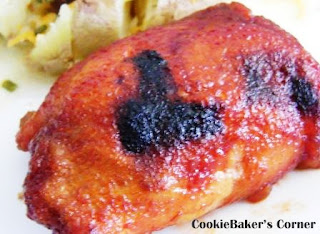 I used to make this with assorted pieces of chicken but Michael likes dark meat more than white and I can eat either so I started using thighs, wings and legs. Then one day while we were at Sam’s Club, we noticed that they had great prices on chicken thighs (also on legs) so we now buy those to use in this dish.

The chicken made this way is moist and tender and by sticking it under the broiler (twice) the skin gets crisper than if it hadn’t been. There is a little Asian flavor to the sauce, due to the soy sauce and ginger, but it isn’t very strong so I would imagine even someone who isn’t fond of Asian food would still like this.
Posted by Cookiebaker at 2:38 PM

I've got to dig out my slow cooker again. This looks great! :)