Roasting Garlic in the Slow Cooker 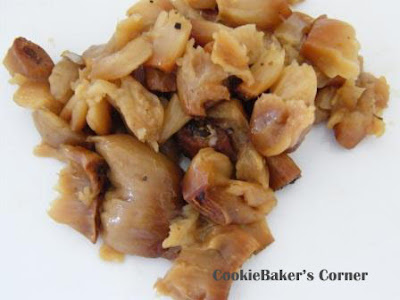 When was my last post? Back in March, longer if you count the last time I posted about a recipe. Well, I think it’s time I to get back to blogging. I no longer have an excuse not to….my cataract surgery is behind me so I’m able to see a lot better. Yes, this big baby survived – the thought of the surgery had me terrified but the surgery itself was nothing, I’ve had worse dental visits. Then the heat wave of 2012 hit and I didn’t want to do much cooking, even with AC in the house. I had an unexpected visitor; I found a raccoon in my house – yes a real live raccoon and believe me that had me freaked out for a long time. The raccoon was captured and released and thanks to my two wonderful brothers’ – in- law, I now have a cover on my chimney and shouldn’t have any more unwanted visitors making their way down through the fireplace – sorry Santa. My nephew, his wife and their two daughters (who live in Washington state) came to Ohio for a visit so I spent two days helping my sister shop and cook, getting ready for their visit and a family gathering she had planned. A major storm blew through on June 29 and caused a lot of damage and power outages (actually happened while my sister and I were trying to get the shopping and cooking done for her son's visit), fortunately we all made it through with only a little inconvenience. Now we are in the middle of a major drought - as is the rest of the midwest. So things have been a little crazy/busy. Now I'm at Michael’s but haven’t been cooking a whole lot and when I do, it’s mostly been things I’ve already blogged about. I have tried a few new recipes but wasn’t ready to blog about them yet. I’ve also been trying to keep up with all the lovely fruit and veggies that I’ve been getting at the farmers markets – been baking a lot of pie and cobbler.


Now it’s time to get down to business. Sometime during the winter I decided to check some cookbooks out of the library, one of which was the Slow Cooker Revolution, by America’s Test Kitchen. I had tried a slight variation of their Sticky Wings recipe, that I read on another blog, a few months before and liked it a lot, Slow Cooker Sticky Chicken, is now a favorite around here and I prepare it often, and was anxious to actually see what this cookbook had to offer. I saw several recipes that I wanted to try but the first one that I decided on was how to roast garlic in the slow cooker. I love roast garlic and use it a lot in mashed potatoes but have been roasting it the old fashioned way, in the oven. So, the next time I made garlic mashed potatoes, I pulled out my Crock Pot and the recipe from the Slow Cooker Revolution and put this new method to the test. 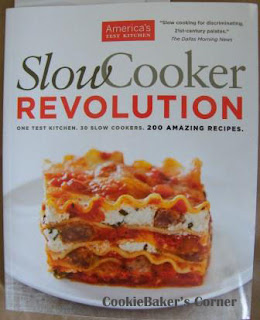 Slice top 1/2-inch from each garlic head to expose cloves.
Pour 1/2 cup water into slow cooker. Place garlic heads, cut side up, in slow cooker.
Drizzle each head with 1/2 teaspoon oil and sprinkle with pinch salt.
Cover and cook until garlic is soft and golden, 4 to 6 hours on low.
Transfer garlic to cutting board, let cool slightly, then gently squeeze to remove cloves from skin.


Tips
Roasted Garlic can be refrigerated in airtight container for up to 1 week.

Notes
I use my 3 1/2 quart CrockPot.
I usually roast 4 heads using 2 T of olive oil. Mash them up while still warm and add to mashed potatoes. 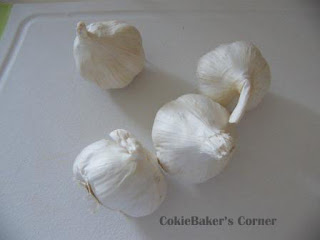 I know the recipe calls for 5 garlic heads but I usually just use 4, that's the amount that I put in my mashed potatoes. I make Ree Drummond's (The Pioneer Woman) mashed potatoes and they are delicious! This is after the garlic has cooked for about six hours, on low. 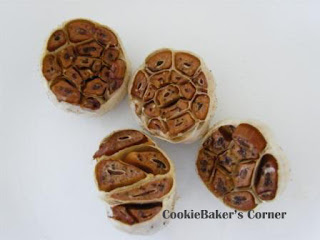 I removed them from the slow cooker and let them cool for a while before squeezing them to release the garlic. 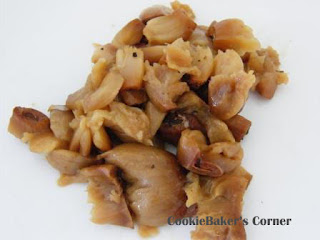 Look at all the beautiful garlic! 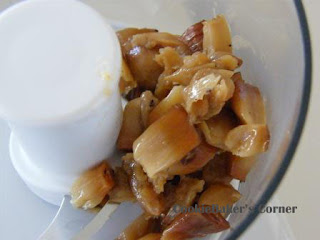 I then like to put it in my small food processor and chop it up until smooth. Can also mash it up with a fork, or probably even a immersion blender. 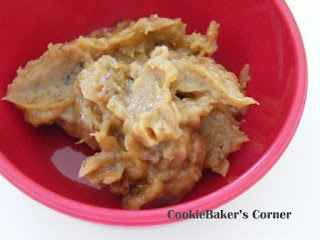 Here it is - ready to put in mashed potatoes or spread on bread - yum!

Ever since I first made garlic in the slow cooker, I haven't prepared it the oven. Yes, it takes longer so you have to plan a head but I don't mind since I'm a planner anyway. I like how nice and soft the garlic gets and I've never over roasted and dried it out like I have in the oven.

This recipe is definitely a keeper and so is the cookbook! After trying a few more recipes, one for rice pudding and another for brown rice, plus seeing several more I wanted to try, I broke down and bought a copy.
Posted by Cookiebaker at 2:52 AM

Good to see you blogging again! Love me some roasted garlic too. I love it just smeared on bread or toasted crustini...Jim doesn't like me afterwards tho LOL Thanks for the post, I haven't even thought of doing it in the crock pot! Have you tried doing a compound butter and freezing it? one of my absolute favs

I love roasted garlic also. I will have to give this a try sometime. Glad to hear that you will be back to blogging.

I love the idea of the roasted garlic mashed potatoes, but I never seem to think of the two at the same time - either I'm making mashed potatoes, or I'm roasting garlic - usually to make a compound butter. I really need to staple a note to my forehead or something!! ;)

I roasted garlic in the oven several times, but like you, noticed once or twice that it was either dry, or it didn't want to come out of it's skin (I'm uber sensitive to heat, so I can't squeeze them out when it's really hot.) I started actually popping the cloves out BEFORE roasting, piling them all in a ramekin with a little olive oil and covering it with foil. Works great!

I'm curious about this method though. Will definitely have to try it to see the difference.

I hope you all give this method a try,. After the first time that I made it, I've been hooked. I'll sometimes just roast five heads, mash them up and stick them in the fridge so I have it handy for whatever I decide to add it to.

DD - Fortunately, Michael and I both love garlic and onion so it's not a problem for us. LOL I've never made compound butter before so will have to give it a try.

Chris - I've done as you've done at times. If I don't need a lot of garlic, I'll just put a few cloves along with some oil in a pan and then roasting them.