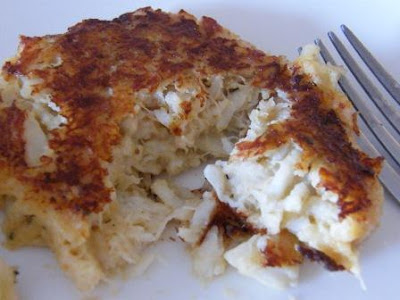 If you’ve been reading my blog, you know that I’ve posted about crab cakes before. First, I tried a mix from Williams Sonoma and then made crab cakes from a recipe that I found in a regional cookbook, which Michael and I both like a lot. I’ve heard a lot about Maryland crab cakes but have never had them before so decided to find a recipe and give that one a try. I found this recipe on the FaceBook fan page of CrabPlace.com. I’ve had this recipe for a few months and decided to wait until I was at Michael’s to prepare it since he is a huge crab cake fan. I planned to make these when I first arrived but unfortunately, I had a run in with a patch of ice and the ice won and I was out of commission for several weeks. The older we are the harder we fall. Today was the first day in over two weeks that I felt like spending time in the kitchen so I got busy and made up for lost time by making crab cakes and Garlic-Herb Mac & Cheese.

Put bread in bowl, pour milk over it and soak 15 minutes. Squeeze bread fairly dry in your fist, transfer it to a large bowl and break it into crumbs with two forks. Add crab meat, mayonnaise, mustard, seafood seasoning, baking powder and parsley and stir until well mixed. Sprinkle with Worcestershire sauce, lemon juice, salt and pepper, and stir and taste for seasoning. Stir in beaten eggs. Crab cake mixture can be prepared up to 4 hours ahead and refrigerated. To finish, divide mixture into 16 parts and shape into cakes about 1/2-inch thick. (Work gently so cakes are light.) In a large frying pan heat oil and fry half the cakes over brisk heat until golden, about 2 minutes. Turn and brown the other side. Add more oil to the pan and fry remaining cakes.

Approximately 16 crab cakes (depends on how large/small you make them).

Recipe can easily be halved.

**I like to make the crab cakes about an hour in advance and put them in the fridge prior to frying. It helps them to keep from falling apart while frying. 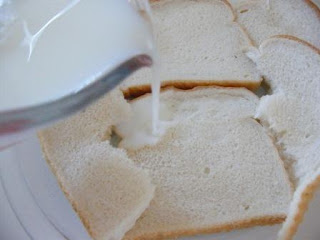 Pour milk over bread and soak for 15 minutes. 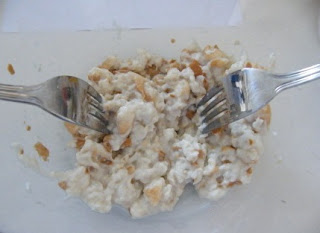 Squeeze bread fairly dry in your fist, transfer it to a large bowl and break it into crumbs with two forks. 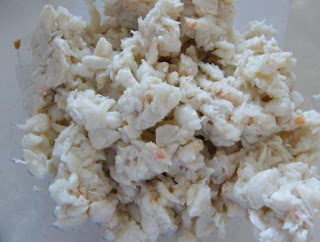 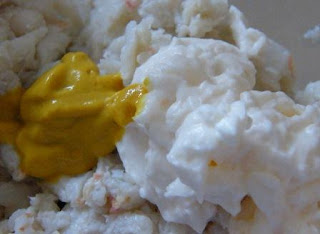 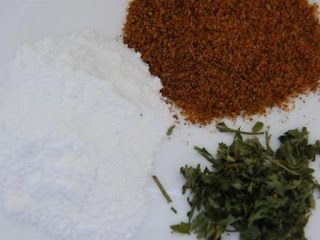 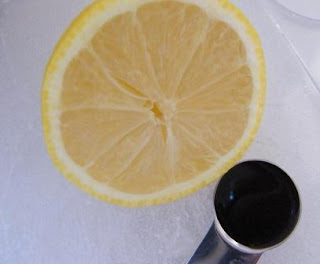 Sprinkle with Worcestershire sauce, lemon juice, salt and pepper, and stir and taste for seasoning. 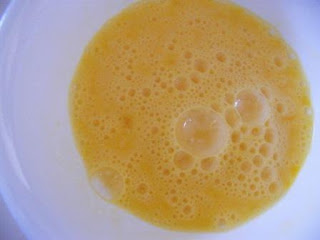 Stir in beaten eggs. Once the mixture is prepared you can either cover the bowl and store in the the fridge for up to four hours or form into cakes. 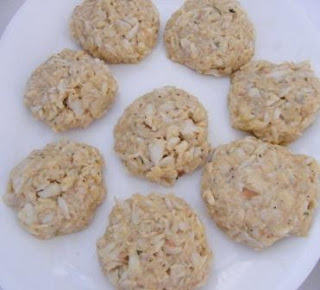 Divide mixture into 16 cakes. After I've done this, I like to cover the platter and put in the fridge for about an hour. I find this helps to keep them from falling apart while frying. 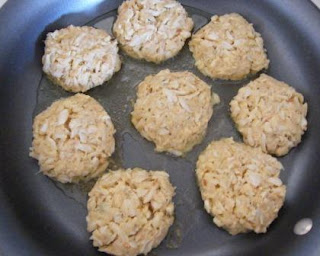 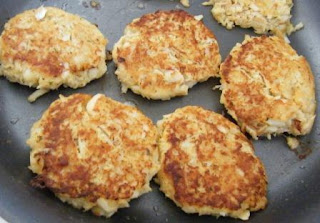 Fry on both sides until golden. 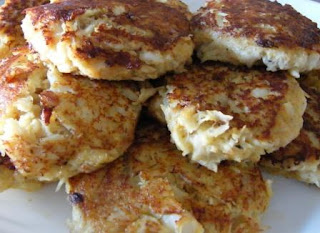 These crab cakes are very different from the ones that I’ve been making and Michael and I both liked them. Now we aren’t sure which we like the best. Guess I’ll have to prepare both recipes on the same day and have a taste test. I'm sure Michael won't object to this. :)
Posted by Cookiebaker at 10:27 PM

Yummm they look great!
Hope your feeling better from the fall!

Look and sounds awesome Sheryle. What crab do you buy? It's very hard (and expensive) to find around here. Is there a particular brand/type you prefer?

Tango - thanks I am feeling a lot better, although am still a little stiff and sore.

DD - I used to find beautiful 1 pound cans of Jumbo Lump crab at Jungle Jim's, in their seafood section, for around $15 but they no longer carry that and the one they carry now is over $25....way to costly for me. What I've been using lately is what I find on sale at Giant Eagle - can't remember the brand but can let you know next time I buy it. Sometimes, in their seafood section, they have 1 pound cans of lump crab on sale for $9-$11...not like what I used to get but still nice. I haven't really looked for it any place else, but Kroger, or other supermarkets with seafood sections may carry something similar. It's a pain finding decent seafood in the Midwest, isn't......

Thanks Sheryle, and YES it IS a pain. I've found 1 lb cans at Meijer, but that was some time ago...haven't seen them lately. I'm still on the look out though. I think the prices are a bit cheaper in the late winter/early spring, so I'm on the hunt! LOL

Hi! Your crab cakes look wonderful! I've been trying to get in touch with you. You've won one of the cookbooks that I had in my Gooseberry Patch giveaway on www.wellseasonedlife.com. Please e-mail me at kemccallie@hotmail.com. I need your mailing address. Thanks, Kim

You're making me hate even more the fact that I'm allergic to shellfish! I so wish I could have one of those. But...I could do a chicken or turkey version. :)

Oh, these look like heaven on a plate! I had a crab cake with a tomato gravy once, and now I want to try making them.

Sheryle, I have something for you on my blog. Come visit. :)