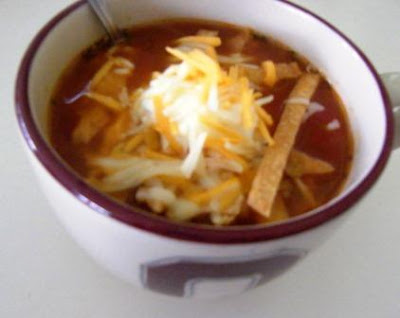 Several months ago I saw a post on FaceBook about a giveaway on the blog A Well Seasoned Life, for the chance to win one of two Gooseberry Patch cookbooks. In spite of being the kind of person who never wins anything, I decided to take a chance and entered hoping to win either of the cookbooks. I didn’t need either one but I’m of the belief that one can never have too many cookbooks, although if you saw my house, you might say that isn’t true……I do have a lot of cookbooks. I love books, I love to read, and I love to read cookbooks, I read cookbooks the same way I would sit and read a novel. Anyway, much to my surprise, a few weeks after I posted a comment to win one of the books, I was contacted by Kim of A Well Seasoned Life, telling me that I had won one of the cookbooks, Mom’s Very Best Recipes. Several weeks later I received my new cookbook and immediately sat down and perused the book, placing little sticky notes all through it for recipes that I would like to try.
A few days ago I took some chicken backs and other chicken parts that I had frozen after cutting up a couple of chickens, and decided to make some stock. I just have to say that there is nothing better than homemade stock, if you’ve never made it before; you should give it a try….it’s really very easy to do. I know there are some good stocks in the supermarkets and I use them frequently but once you’ve made your own, you’ll know the difference. Ok, enough said on that subject. I couldn’t decide what to do with the stock, didn’t really want to freeze it, had made chicken and noodle soup a few weeks ago and didn’t want to make that again, would love to have some chicken and dumplings but Michael doesn’t care for that, so eventually decided to make soup. While I was trying to decide what kind of soup to make, it was suggested that I make chicken tortilla soup. Well, that sounded good but I had never made it before and needed to find a recipe. Suddenly, a light bulb goes on in my head (Believe me, that doesn’t happen very often, especially now that I’m retired…not a whole lot of thinking going on up there now days.), I should go through my new cookbook to see if I can find a recipe there. So I reached for Mom’s Very Best Recipes and actually found one.
Chicken Tortilla Soup
Print Recipe
4 cups chicken broth
2 cups cooked chicken, diced
2 15-oz cans diced tomatoes, drained
1 16-oz can corn, drained
1 16-oz can pinto or red beans, drained and rinsed
1 1/3 cup salsa
2 tablespoons taco seasoning mix
Garnish suggestions: sour cream, shredded Mexican-blend cheese, corn or tortilla chips
1. Combine all ingredients except garnish, in a stockpot over medium heat. Simmer, covered, for 30 minutes, stirring occasionally.
2. Top individual portions with desired garnishes.
3. While soup is simmering, make some crunchy tortilla strips toppers. Brush or spray olive oil over both sides of flour tortillas. Cut tortillas into narrow strips and place on a baking sheet. Bake at 375 degrees for 5 to 7 minutes, turning once or twice, until crisp and golden.
Servings: 6-8


My Notes
I didn't have cooked chicken so took two boneless, skinless chicken breasts and poached them in the chicken broth for 30 minutes. It came to a little more than two cups but I used it all anyway.


Since all the companies are now down sizing their products (Who do they think they're, fooling?) it isn't possible to purchase the size cans listed in the ingredients. Just purchase the next size, which is generally about 1/2 ounce smaller than called for, they work just fine.


The recipe doesn't call for it, but you may want to add salt and pepper to taste.


The soup is very mild, if you want more heat, use a hotter salsa, add jalapeno peppers or whatever pepper and/or spice you desire.


If you like to crumble up crackers in your soup, try using tortilla or corn chips instead, it's very good. 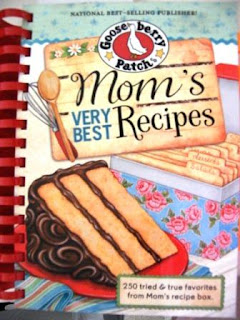 This is the cookbook that I won....lucky me! 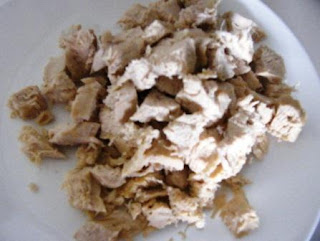 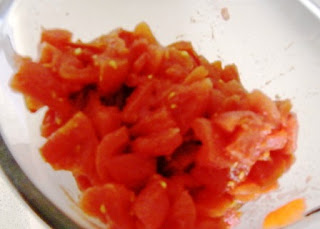 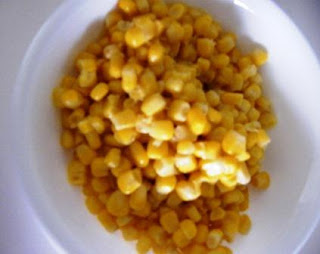 On can of corn 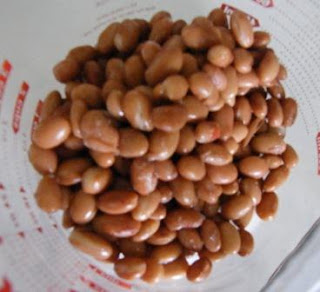 One can pinto beans, can use red beans or even a combination of the two. 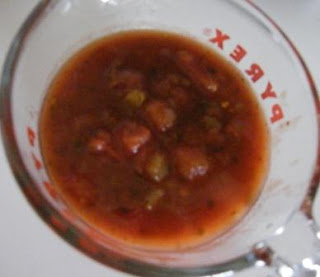 Salsa - I used a medium hot salsa because Michael doesn't like a lot of heat. I thought it could have used a hot salsa and may try that next time. 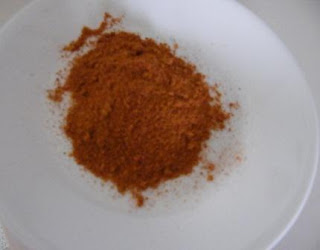 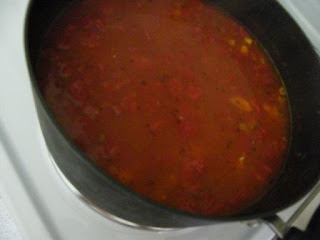 Add ingredients to the 4 cups of chicken broth and simmer for at least 30 minutes. Stirring occasionally. 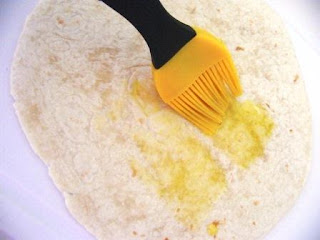 While soup is simmering prepare the tortilla strips by brushing or spraying olive oil on both sides of flour tortillas and then cutting the tortillas into thin stips. 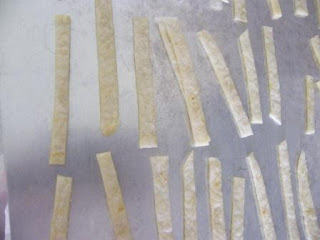 Place on a baking sheet and 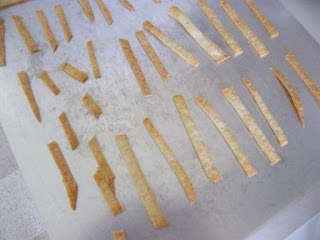 bake at 375 degrees for 5-7 minutes, turning once or twice until crisp and golden. 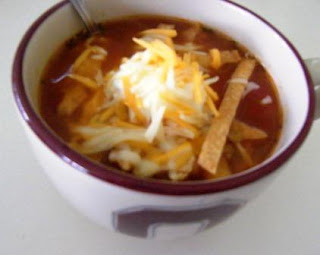 Garnish with tortilla strips, sour cream and cheese.
This was a good soup…a little on the mild side for my taste but as I said earlier, Michael doesn’t like a lot of heat. It can easily be made hotter by changing the salsa, adding peppers and other spice, whatever suits your tastes. I would imagine the milder soup would be more appealing to children since many of them don’t care for hot and spicy food. I like the fact that it was super easy to prepare…..a great recipe when you’re either in a hurry to get a meal on the table or just tired and don’t want to have to spend a lot of time preparing dinner.


Thanks Kim of A Well Seasoned Life and Gooseberry Patch for giving me this wonderful cookbook.  I can’t wait to try more of the recipes.
Posted by Cookiebaker at 10:36 PM

Looks great!! I have a turkey that I need to finish up!

Yum!! I love tortilla soup!! It's one of my favorites!!