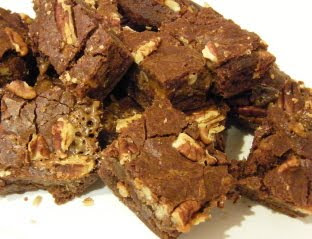 I’m a sucker for those small cookbooks that are on display at the checkout stand, especially if they have anything to do with baking…. and I have a ton of them stashed away at home. One day while in line at Kroger, I discovered a Baker’s Chocolate cookbook and thumbed through it while waiting my turn to be checked out. There was no way I was going to be able to leave this little treasure of a book behind…hey, it was about baking and chocolate, and when I saw a recipe for the Turtle Brownies (I think they may have called them Caramel Brownies), I knew it had to be mine. I love Turtle candy…caramel and chocolate are two of my favorite things to eat, the caramel and chocolate combo should be its own food group, and when combined…heavenly!

The first time I made these brownies was for work, needless to say, not only was I hooked, but so was everyone else in my office. Even a young man, who detested pecans, overlooked that fact and still would eat several. This has become a recipe that I’m known for and am requested to make quite often.

Microwave chocolate and butter in a large microwavable bowl on High 2 minutes or until butter is melted. Stir until chocolate is completely melted.

Microwave caramels and milk in same bowl on High 4 minutes, stirring after 2 minutes. Stir until caramels are completely melted and smooth. Spoon over chips and nuts, spreading to edges of pan. Gently spread reserved batter over caramel mixture. Sprinkle with remaining ½ cup nuts.

Bake for 40 minutes or until toothpick inserted into center comes out with fudgy crumbs.

Do not over bake. Cool in pan; cut into squares

To prepare the baking dish, take a large piece of aluminum foil (large enough so that it hangs over, at least, two sides of the dish. Spray foil with cooking spray.

Once brownies have cooled off enough, so that you can remove them from the pan without cracking, pull up on the opposite ends of the aluminum foil and lift the brownies out of the pan. 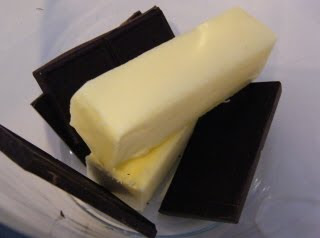 Melt butter and chocolate in microwave - until butter is melted. 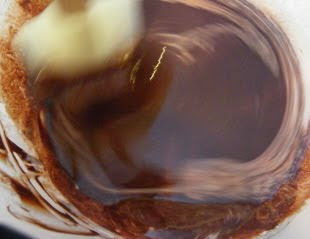 Stir until chocolate is melted 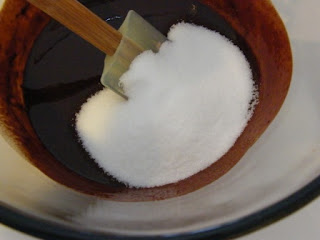 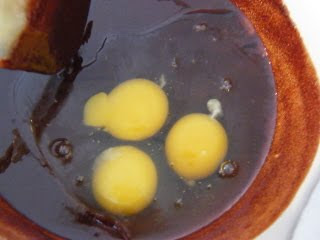 Mix in eggs and vanilla 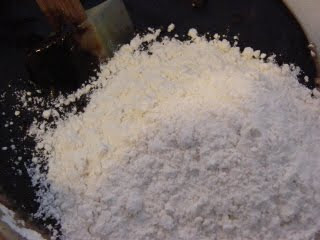 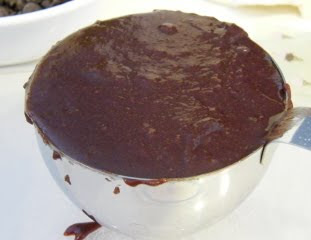 Remove one cup of batter and set aside 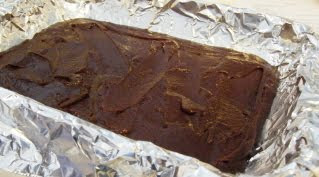 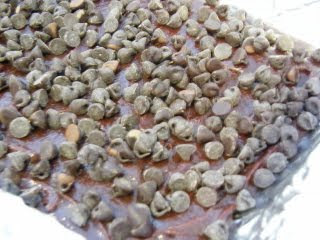 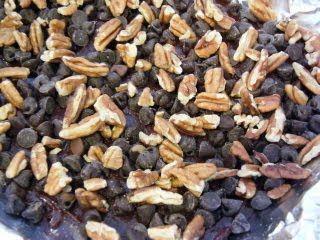 Add one cup of pecans 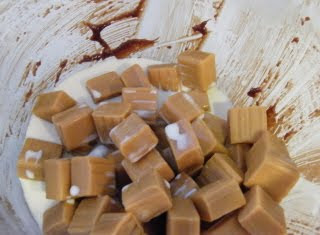 Put caramel and milk in same bowl and melt 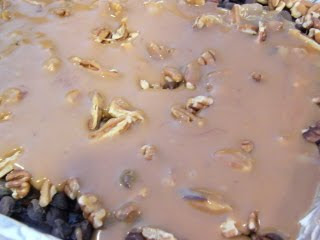 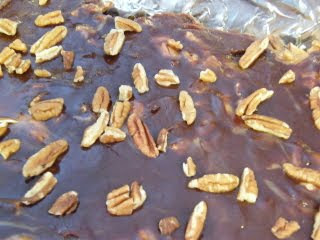 Spread remaing cup of batter over melted caramel and top with remaing 1/2 cup of pecans. 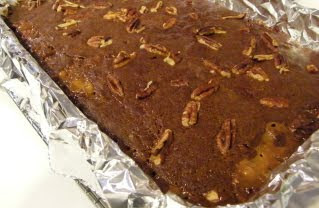 Brownies have baked, been remove from baking dish and ready to go into fridge to cool. This hardens the caramel and makes it easier to cut. 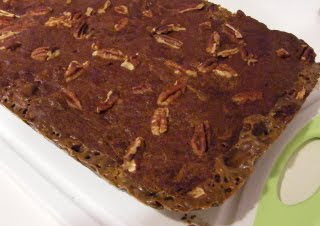 Carefully remove the aluminum foil (this may be a little difficult if any caramel has stuck to it) and cut.  I sometimes find it easier to cut if I turn the brownie over. Let brownies come to room temperature before eating. 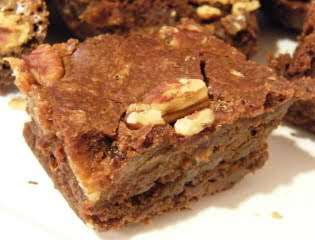 Printable Link for Turtle Brownies
Posted by Cookiebaker at 2:00 PM

omg!! must have some! I am definitely going to try this one and soon!